A bottle of juice is not something to die for.

Du was tried and convicted of voluntary manslaughter in Harlins’ death. The judge sentenced Du to 10 years in state prison but the sentence was suspended and the defendant was instead placed on five years probation with 400 hours of community service, a $500 restitution, and funeral expenses.

The killing of Latasha Harlins recorded on security footage, and the sentencing and failed appeal of what was widely regarded as a light sentence, are considered to have contributed to the 1992 Los Angeles riots, especially the targeting of Koreatown, Los Angeles.

Shortly before 10:00 am on Saturday, March 16, 1991 Harlins entered the store. Du observed Harlins putting a $1.79 bottle of orange juice in her backpack.

Du concluded Harlins was attempting to steal, and did not see the money Harlins held in her hand.

According to an eyewitness account of the incident. Harlins proceeds to say “I’m trying to pay for it.”

Du then tries to grab her backpack to see what’s inside of it, but Harlins starts to fight back.

Du falls down twice as a result of the fight but when she stands up the second time she has a gun in her hand and points it at Harlins.

At this point, the juice has fallen out of her backpack so Harlins bends down, picks up the bottle sits it on the counter and turns to walk out of the store.

Du then shoots her in the back of the head. 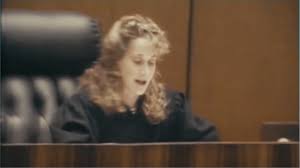 Soon Ja Du testified on her own behalf, claiming that the shooting was in self-defence and that she believed her life was in danger. But her testimony was contradicted by the statements of the two witnesses present at the time, as well as the store’s security camera video, which showed Du shooting Harlins in the back of the head as the teenager turned away from Du and attempted to leave the store.

On November 15, 1991, a jury found that Du’s decision to fire the gun was fully within her control and that she fired the gun voluntarily. The jury found Du guilty of voluntary manslaughter, an offence that carries a maximum prison sentence of 16 years.

However, the trial judge, Joyce Karlin, sentenced Du to five years of probation, 10 years of suspended prison, 400 hours of community service, and a $500 fine

Judge Karlin suggested that there were mitigating circumstances in Harlins’s death. She stated, “Did Mrs Du react inappropriately? Absolutely. But was that reaction understandable? I think that it was.” Karlin added, “this is not a time for revenge…and no matter what sentence this court imposes Mrs Du will be punished every day for the rest of her life.”

The court also stated that Du shot Harlins under extreme provocation and duress and deemed it unlikely that Du would ever commit a serious crime again.